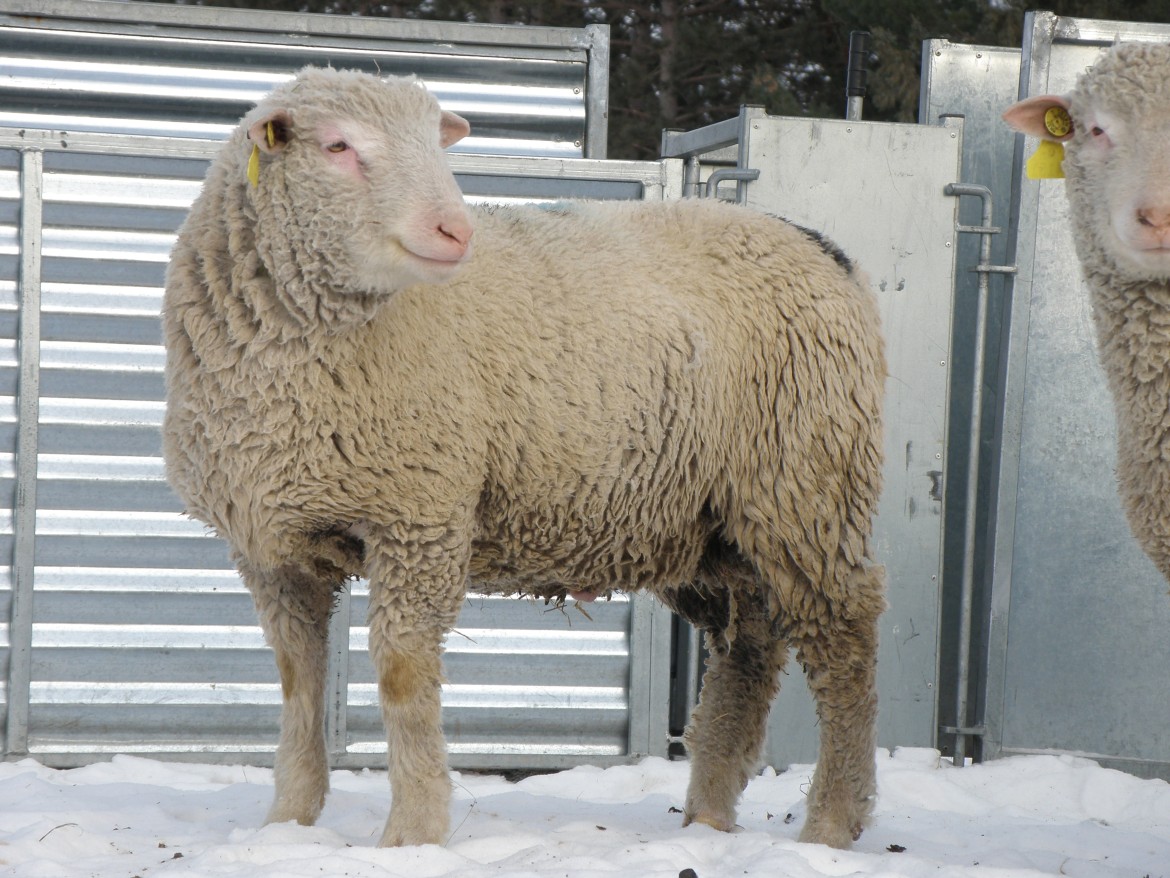 What is a Tamarack ram worth?

It is not surprising that sheep producers might balk at ram prices over $500.   Who can blame them? The majority of sheep in the US have been selected for visual traits that have no economic importance to commercial producers. The few performance tested rams available have been selected using systems that were outdated more than 60 years ago. Rams without data are scarcely worth the price of a market lamb and individual adjusted weights have a very low accuracy for predicting genetic value. Producers have been paying for what they get, which until now, has not been much.

Over the past 10 years, I have had the pleasure of introducing many people to the benefits of a breeding program where modern BLUP technology (best linear unbiased predictor…the math behind estimated breeding values or EBVs) is used to meet the needs of the commercial producer. This is the same technology that has been used with great success in the dairy, hog, and beef industry, and is widely used throughout the world in the sheep industry for genetic improvement.

Selecting rams using ultrasound measurement and BLUP analysis is not cheap, so obviously we do have to charge a little more for these rams.  It is reasonable that producers who have not yet experienced the benefits of BLUP analysis will ask, is the extra price really worth it?

I am pleased to say that many people who took the plunge have come back again, and again, when they discovered that the rams they buy from us are worth every penny. Comments from our buyers have included everything from Tamarack rams siring more lambs born, to higher newborn lamb survival, to better growth and carcass on pasture, to more pounds sold to market, to higher prices paid for feeder and slaughter lambs, to outstanding maternal performance (milk, mothering, and number weaned) from females with Tamarack breeding.

It is difficult to determine the total true value of 15 years of using BLUP analysis and over 20 years of ruthless selection for easy care sheep. Below is just a partial analysis. All calculations assume a 40 ewe flock with the base flock having an EBV of 0 (our base starting point in the mid 90’s).

An EBV for growth represents how many kilograms above the population average that individual’s performance was due to genetics. So a ram from our flock with a post weaning weight EBV of 8, means he is 8 kg or 17.6 pounds heavier than our base due to genetic superiority. This ram will pass on half of this genetic superiority, so assuming he is bred to average ewes, his lambs will weigh 4 kg or 8.8 pounds more than lambs sired by an average ram with an EBV of 0.

While the ewe is usually given full credit for the number of lambs born and weaned, research confirms that not all rams are equal when it comes to the number of lambs sired and lamb vigor or livability. Our buyers are reporting significant improvement in number of lambs born and weaned from Tamarack rams. Based on our own data, I believe a 5% increase in number weaned is a conservative estimate (we have rams with number weaned EBVs as high as 20%, that is 20% more weaned above our base).

So a flock of 40 average ewes, weaning a 165% lamb crop when bred to a Tamarack ram with a pwwt EBV of 8, and a NLW EBV of 15, may very well wean a 170% lamb crop of lambs weighing 8.8 pounds more. This is an increase of 820 pounds of lamb sold or approx $738 just for lambs sired by a Tamarack ram. This does not include any premiums one might receive for carcass quality, nor does it include the future benefit through females retained as replacements. An 80 ewe flock would have a $1476 benefit.

In the example above, I assumed we were comparing the Performance of Tamarack sheep to rams with EBV’s of 0. But certainly not all sheep compare to our base starting point of 0. Visit our genetic selection page and view the table comparing sires I have purchased in the past. The Dorset sires were selected without the benefit of BLUP technology, and often produced negative EBVs for growth, milk, or number weaned. The sire with a post weaning weight EBV of   -6.7 for example sired lambs weighing 3.35 kgs (7.4 lbs) lighter than a ram with a pwwt of 0. Compared to a Tamarack ram with a pwwt EBV of 8 (17.6 lbs), the negative EBV ram produced lambs that weigh 7.4 + 8.8 = 16.2 pounds less per lamb at 150 days of age than a Tamarack ram with an EBV of 8. At 90 cents per pound, that is over $14 less income per lamb.

A B+ Tamarack Prolific ram bred to non booroola ewes of average prolificacy can be expected to produce daughters of which half will have the added prolificacy of the Booroola gene.   With a boost of 1 lamb per ewe in the B gene carrying daughters, and assuming no boost of prolificacy in the non B carrying daughters, the average increase in lambing rate will be 50%. Without factoring in the value of increased growth, carcass, or livability, the value of that prolificacy alone will be nearly $50 per year per daughter retained. The first 20 daughters, (or the first ten B+ daughters) will pay for a Tamarack Prolific with the first lamb crop. In an average lifetime of 8 years, one Tamarack Prolific ewe with the B gene will produce over $800 more lamb than a ewe without the Booroola gene. But Tamarack prolific rams pass on more than just the booroola gene, they pass on the added milk and mothering required to rear those lambs as well as carcass quality, and growth.

Finally, what is your time worth? Or how many more sheep could you handle if they required less assistance? The Tamarack flock has been rigorously culled for time consuming problems affecting birthing ease, udder structure, milking ability, and mothering ability, to help assure that most of our sheep can raise twins and triplets with no assistance from the shepherd.

Tamarack rams from the top 20% of the flock sell for an average of $800. That is to say our rams will pay for themselves with just the added production in just one year. A cheaper ram without EBVs might cost hundreds in lost lamb production and will continue to do so for generations to come.

How much is this performance worth to you?