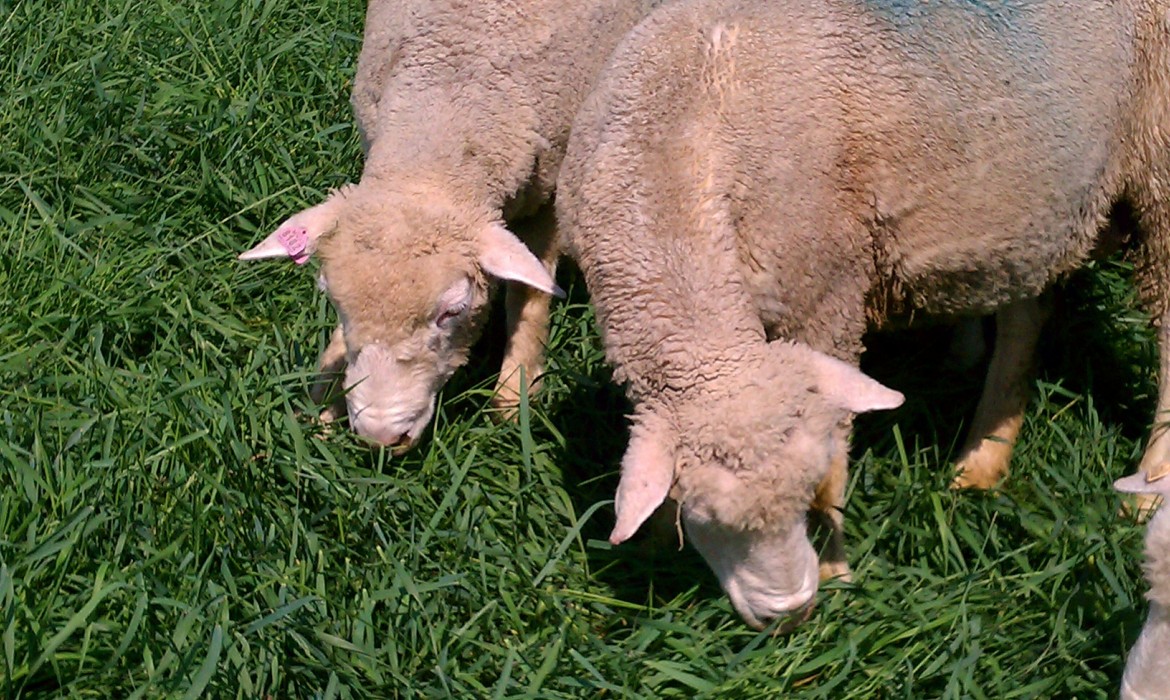 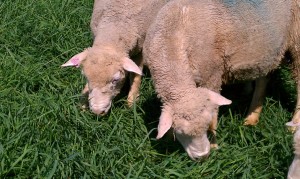 I recently listened in as bovine dairy farmers were discussing grain vs no grain dairy systems. Held up as an example of why ‘no grain’ is destined to fail, was a new all grazing start up, that had acquired cows from throughout the country side, thrust them into an all grazing system, and had significant problems with what appeared to be starving cows.

As the cattle producers debated whether dairy (and even beef) cattle can thrive without grain, I noted they had missed the heart of the problem on that new start up, which is the grazing education of the cow and how to properly transition her to a new environment.

The problem is not new or unusual.   Sheep and Beef producers in harsh range country know that bulls and rams bought at purebred sales or from well supplemented herds, just don’t hold up. The knee jerk reaction is to buy rams and bulls with as much condition as possible, so that they have something to live on while they get through the breeding season. The death loss on these rams and bulls can be staggering with some producers citing 50% losses by the following spring. Most people tend to believe it is because the ram or bull worked so hard that he wore himself out.

I have experienced this problem myself with new ram purchases.   Even when penned with home grown rams that grow fat on our grasses, the purchased rams wither away for the first 6 to 12 months. At first blush one might think that genetically these animals are not cut out to be in an all forage program, or as in the dairy example above, some interpret the problem to mean that an all forage program is just not viable. The proof of genetic fitness, is how the offspring born on that farm perform. When the offspring excel in the system, that is proof the problem has nothing to do with genetic fitness. So if genetic fitness is not the problem just exactly why do all of these animals fail to thrive?

Evidently it is no simple matter to munch on grass, forbs, and clover on a Minnesota farm (and not any easier in Pennsylvania, Georgia, Texas, or Missouri). Every plant has compounds within that have positive and negative feedback to the animal. Think of something that gives you indigestion, and you have identified something that gives you a negative feedback from a substance found in that food. Now think of what happens when you take an antacid. The bad feedback is solved and you can resume eating more of the offending food. Likewise, some plants have substances that are complimentary to others, and when combined together, negate the unpleasant feedback thus making the plant more palatable to the animal. So eating certain combinations of plants is essential to encouraging optimal intake. If the animal is thrown into a new environment, with new plants, it must begin anew to learn how to combine these unfamiliar plants into good nutrition.  The problem is what is the correct combination?  Evidently in our environment, even when given educated pasture mates as a guide, it takes a new ram six months to one year to learn how to blend our forages sufficiently to return to acceptable condition. OTOH, the lambs he sires, pick this education up from their dams without skipping a beat, and go to market fat and sassy by 6-7 months old! This tells me that a lamb learns more, and learns faster from the dam than it does from its pasture mates.

So back to the cows…it is no surprise to me, that assembling a herd of cows for a grass based dairy would be frought with problems simply because those cattle need to learn how to graze in that new environment.   The same is absolutely true when sheep are moved from one environment to another. The animals do not even have to come from a high grain fed environment to suffer this setback. They can be raised in a total forage fed program and still fail to adapt to a new grazing environment if the forages, or the hazards of grazing are complex and unfamiliar. Hazards include things like learning to graze endophyte infected pastures, or developing an immunity to the new parasites, or learning to cope with heat. Now, moving from a hard or complex grazing environment, into an easy one can be done relatively easily. There are some feedstuffs, such as alfalfa, corn, and barely that are widely accepted by livestock and present relatively few problems with learning or intake.   This is an important key to transitioning new livestock onto a grazing farm.

As it can take 6 months to several years for a new arrival to learn the system, it is important that the producer provide a diet that can sustain the new animals until they have become educated. If the new grazing environment is truly harsh, the sheep or cattle will indeed die of starvation knee deep in grass, or with a bunk full of hay, and can do so while their native born paddock mates thrive. Providing a balanced diet of feeds the animals are already familiar with, or with feedstuffs such as alfalfa, hay, or barley, will go a long ways to helping sustain the new animals while they learn the new system. Even if grain is not a normal part of your grazing operation, it may be necessary to help transition the new purchase, and will not in any way ‘spoil’ the animal, but it will help it survive.

Frequently producers will ask, which is better, purchasing replacements, or growing your own? The answer depends upon how complex your grazing system is. As a rule, it is relatively easy to buy replacements for a winter lambing operation based on alfalfa hay and corn, or for a farm with all improved highly palatable pasture species. It is always easy to go from a hard, complex grazing situation, to an easy one. But it can be a lot more complicated if the pastures are primarily native grasses. Taking note above, that it can take as long as 3 years for new animals to adapt, yet the lamb raised on your farm can learn quickly from its dam, it just is not worth trying to buy in replacements on some farms.

As to the purchase of rams, or expanding the flock, they simply will have to be fed differently for a while, and always be aware, that yes, if they never seem to adapt, or if their offspring fail to thrive, then perhaps you are looking at animals that are not genetically fit for an all grazing system, but first give the new recruits a chance and feed them something easy and give them time to prove to you they can adapt.