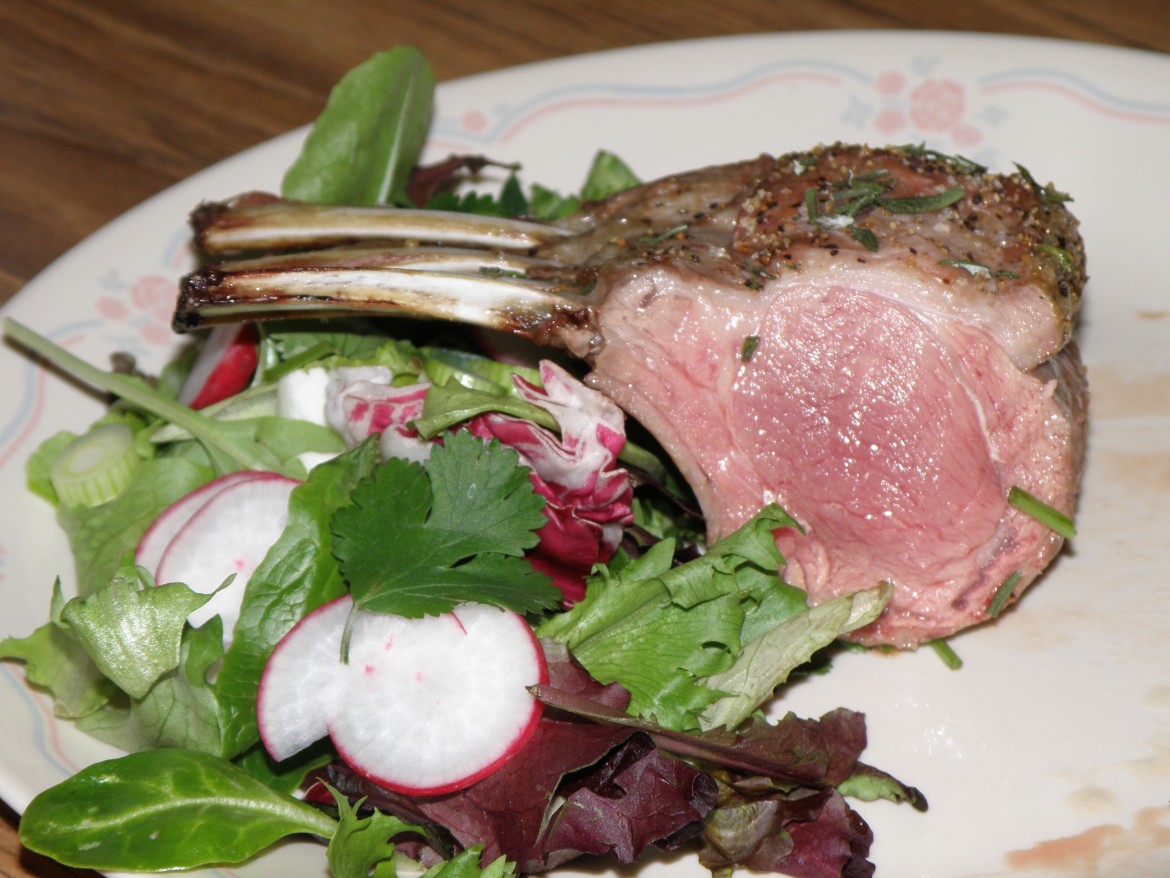 Is grass fed lamb the “land salmon” of the domestic animal world? I recently saw some

one refer to grass fed lamb as the “land salmon” of the domestic meats because of its favorable Omega 6 to Omega 3 profile. A low omega 6 to omega 3 ratio is desired because the omega 3 fatty acids tend to reduce inflammatory conditions, while too much omega 6 tends to encourage inflammation. The Standard American Diet can have as high a ratio as 16:1 making it a high inflammatory diet wich is contrary to good health.

Intrigued I looked up the values of lamb on this websitehttp://nutritiondata.self.com/ a nifty website that gives very thorough nutritional information about just about any food you can think of.

Curious how our lambs compared, especially since they were finished on a super food crop of kale, turnips, rye grass, daikon radishes, clover, and vetch, all very high in omega 3 content, I decided to bite the bullet and send twenty shoulder steak and sirloin steak samples from ten lambs to Iowa State University’s meat lab for analysis.

The analysis on our lamb revealed that the ten samples of Tamarack Lamb, averaged 973 mg of omega 6 and 1,263 mg of Omega 3 per 100 gram sample. This is a ratio of .77:1 (that is less than 1:1) making it similar to farmed salmon, but still a long reach before it can be compared to wild salmon. The ten samples averaged 18 – 20% fat so therefore are comparable to the lamb and one ground beef samples quoted from the nutrition data website above. My guess is that the NZ lamb samples were higher in total omega 6 and omega 3 because the lamb would be higher in total fat content. likewise the grass fed ground beef sample was likely very lean, lowering the total omega fa content.

This does put Tamarack lamb in a unique category among domestic land animals with a very desirable omega 6 to omega 3 fatty acid ratio of less than 1:1 which is comparable to farmed salmon.

Comparison of lamb, and lamb fed brassica’s to other meats published in Selfnutrition.com