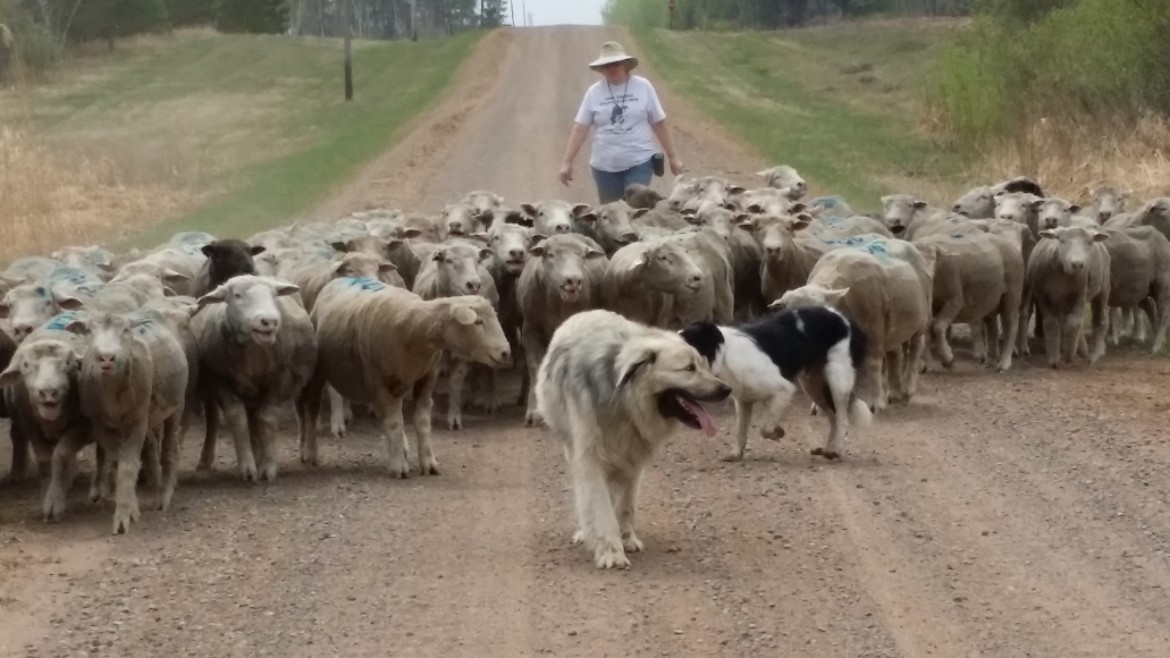 I could not raise sheep in Pine County Minnesota without our livestock guarding dogs.  I acquired my first livestock guard dog in 1982.  At the time predator populations were relatively low and the prevailing advice was that all one needed to do was throw a guard dog in the flock and all your problems would be solved.  This worked well for us for almost 15 years.  But meanwhile the wolf and coyote population in Minnesota was expanding and becoming bolder.  After a steep learning curve in 1999 with a large pack of wolves, I had to change the number, makeup and management of our dogs and sheep. Besides increasing the number of dogs, we had to find dogs that were more assertive but that would stay tight to our flock. I arrived at a combination of 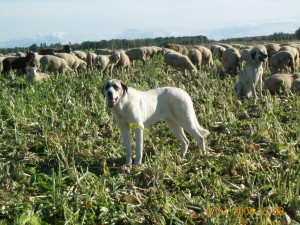 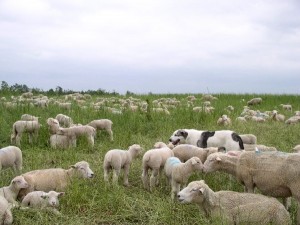 Spanish Mastiff, Polish Tatra, and Maremma. The Spanish Mastiff’s I obtained are true working dogs, referred sometimes as “aboriginal” Spanish Mastiffs, that are found on sheep farms in Spain. This is a different dog than the larger, heavier dog bred for show and pets found on the internet.   The foundation dogs that we obtained were brought over by Mary Falk.   These were pups that were selected from sheep dairy farms have been continuously bred for generations to guard sheep.  Juanita, who was sourced very near the Portuguese border bears a striking resemblance to the Cao de Gado Transmotano.  At the time she was acquired the Cao de Gado was just becoming organized as a breed. We suspect she shares some ancestors  with the Cao de Gado.

For almost a decade we had an outstanding Polish Tatra male who sired a large number of highly successful LGDs for us. Unfortunately four attempts to obtain a suitable purebred mate for Koci proved futile, so we wound up breeding him to our Maremma and Spanish Mastiff females. The result were over 250 puppies that went to working farms with over a 97% success rate.   It is Koci’s descendents out of the foundation females on this page, that make up our current pack of livestock guard dogs. 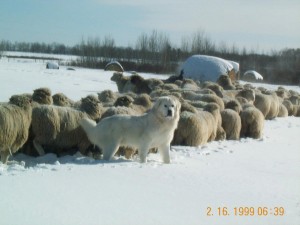 Koci of Aspenwood, a purebred Polish Tatra who proved to be an outstanding sire

Bonnie has been an outstanding Maremma and is the grand dam to a number of our dogs. 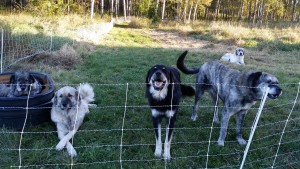 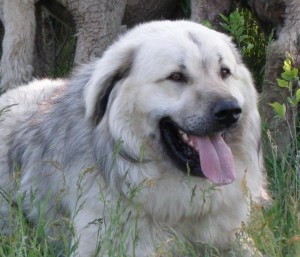 Jj has been an outstanding LGD and is the tightest working LGD I have ever met. We hope to produce some puppies from him in the near future

My present make up and management have  kept our sheep safe from  packs of up to 6 coyotes and at least  10 wolves since 1999.  Looking ahead, we will be breeding some of our crosses to Jj (Spanish Mastiff x Polish Tatra) or a Maremma, and also plan to import some new dogs in the future.

A word about puppy sales:  I do occasionally produce pups as we need to produce replacements for our own working pack.  My  pups are sold with a written health and performance guarantee, but are not available to just anyone.  These are serious working dogs and are not recommended  for small acreages or situations where barking dogs are likely to annoy the neighbors.  In return for our guarantee, I ask that my puppy buyers keep in touch with me regarding their pup, especially if they have any concerns.  Many problems can be averted with some pretty simple management changes.  Please review my blog on “how to raise your LGD puppy”.

Below are some photos of the predators that have been photographed on our farm: 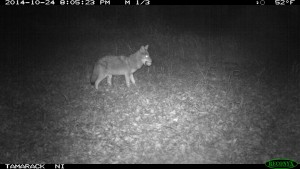 our coyotes have become fructarians 😉 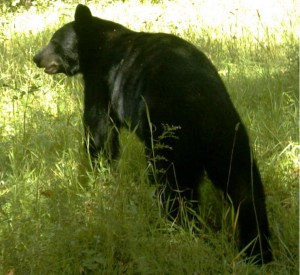 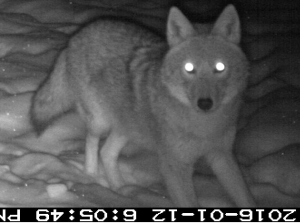 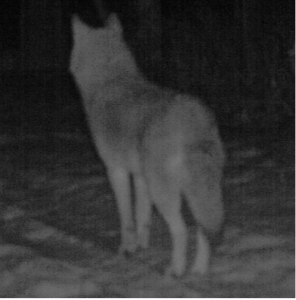 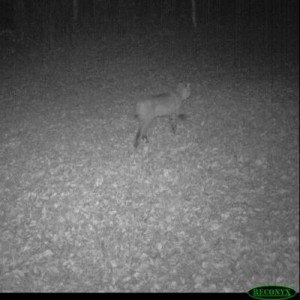 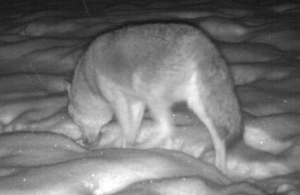